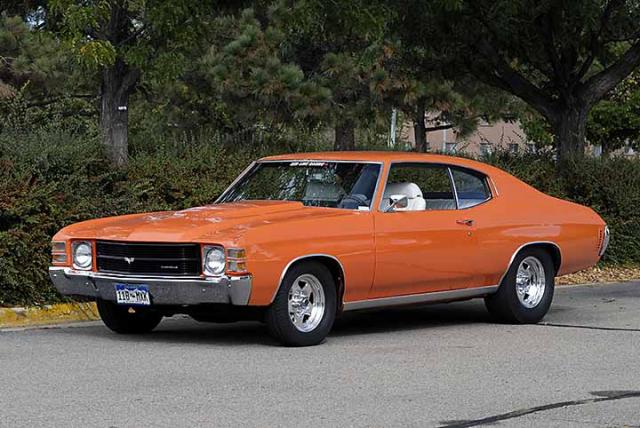 With the automobile marketplace showing signs of significant changes in the early 1960s, smaller-sized car manufacturers saw an opportunity to beat the competition by selling the narrative that compact is better. During this time, Chevy's most successful nameplates, the first generation Chevelle were released into the market. Running from 1964 to 1967, the first generation Chevelle featured some of the finest body stylings, including 2-door hardtops (popularly referred to as the Sport Coupe) and convertibles. It also featured station wagons and the 4-door hardtops (popularly called the Sport Coupe).

Coming on the back of the innovative Chevy II and Chevrolet Corvair, which was already losing ground, it was obvious that the company designed the first generation Chevelle to compete favorably with the mid-sized Fairlane from Ford. This Chevelle was designed to ride on a 115-inch wheelbase, with the simplicity of its design drawn from the concept of the standard-sized 1955-1957 Chevrolet models. This model served as the only all-new car to come from the U.S. auto industry in 1964. The manufacturers positioned it to fill whatever gap existed between the small Chevy II and other full-sized Chevrolet models.

1965 saw the manufacture of the famous Chevelle Super Sport. Popularly known as the SS, the Chevelle Super Sport represented the company's entry into the muscle car competition, which was getting intense at that time. In the early days of 1964 and 1965, Chevelle already had the Malibu SS badge on its rear quarter panel. The Z16 option also featured the emblem on its front fender. The Super Sport package was made available in convertibles and two-door models.

The SS convertible featured special brightwork with the SS emblem added to give it flair. Inside the vehicle, the company ensured that models featuring the optional Muncie aluminum featured a floor console. The cars either came with a Powerglide two-speed automatic or a four-speed- manual, which were upgrades to the three-speed manual. Additionally, the Malibu SS featured a four-gauge cluster that replaced the warning light. The four-barrel 283-cubic-inch V8 engine had the same 220 horsepower rating as the 1957 Chevrolet.

By the end of 1966, Chevelle SS 396 became a series with series numbers 13867 and 13817. The design featured in the SS397 sport Coupes and convertibles was quite similar to the Malibu line design. The line features the 396 CID V8s rated at 325hp as the standard engine on available performance engines, with the 325 hp and 360 hp as options, respectively.

The manufacture of the Z16 in 1967 saw the birth of a new design in the company's line of muscle cars. The Z16 would later make records as one of the rarest muscle cars in the history of compact car production. With only 200 units rolled out of the assembly line, the line couldn't live up to the competition projected for it. The Z16 was built mainly on the Impala chassis (featuring heavy-duty suspension, a convertible boxed frame, and a narrowed rear axle). This line can't with the Big Block Turbo-Jet V8 rated at 375 horsepower as its standard engine.

In 1966 the Chevelle saw a complete restyle, with the previous frame getting smoother contours and bumper treatment. A broad new grille and bulging rear fender lines completed the massive upgrade on the body. The new body's design was largely inspired by the Coke bottle's body shape, which was a fad for most American cars at that time. Although it didn't achieve the high production figures that the pillared sedan got known for, the body-upgrade made it an attractive vehicle. The first generation of Chevelle was continued with the manufacture of the 300 and the 300 Deluxe.

The 1967 models of the Chevelle 300 deluxe got a facelift. Its big wraparound taillamps got a new rear end that features the standard backup lights. The sales brochure claimed that the interior sight would bring a severe compulsion to hit the roads. It was in this line that Chevrolet added the 14" wheels backed by the power of a three-speed automatic transmission.

Get a Transportation Quote

Get a Financing Quote

Get an Insurance Quote